A Schutzenfest?  Was ist das?

A German festival, that’s what.  And the German American Marksmanship Club (or the Deutsch-Amerikanischer Schutzenverein, if you prefer) is going to be hosting the 76th Annual Schuntzenfest on Saturday July 25th starting at 1:00 pm at their clubhouse at 2650 Auburn Road.

The marksmanship club was founded in 1939 to allow metro Detroiters of German heritage to  maintain and learn about German customs, foods and traditions.  Obviously the Schutzenfest is quite a tradition, having been celebrated over 75 years.

This year’s festival will include authentic German foods, local and German beer, wine and liquor, a kids moonwalk and other children’s entertainment.  In keeping with one of the club’s founding tenets, there will be prize shooting as well.  Patrons will also enjoy continuous traditional German music by “die Rhinelanders” and “Tommy Schober and Sorgenbrecher.”  All this for a mere $3.00 donation at the entrance.  For more information call Mary Hundich at 586-979-9128. 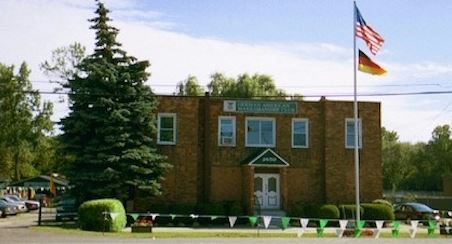 So put on your lederhosen and let’s “roll out the barrel” at the Schutzenfest.  Prozit!