The Green Brothers “Are Putting The Band Back Together”

Like “Joliet” Jake and Elwood Blues put the band back together in the iconic movie The Blues Brothers, the Green Brothers are doing something just as impressive in Auburn Hills. 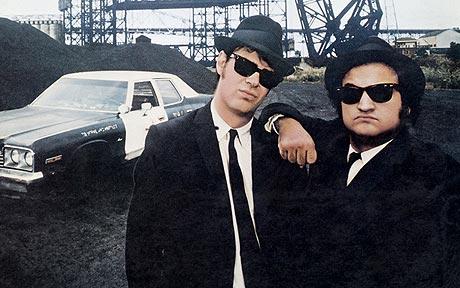 In 1994, they started an optical company called Great Lakes Coating Laboratory (GLCL) and were very successful.  GLCL produced high quality lenses and provided fast delivery to its customers, which allowed them to out-perform their competitors throughout the United States.  In 2004, a European company purchased GLCL and the Green Brothers continued to run the company for a couple of years before retiring.

As time went on, the Green Brothers kept in touch with their old employees and learned that the new company changed its business model and outsourced much of their manufacturing to Mexico, which increased the turnaround time for a pair of lenses from 24 hours to 2-3 weeks.  They also learned that their quality standards had been reduced.  Due to the changes that were made, many of their former employees were let go.

After watching their former company deteriorate, the Green Brothers decided to open this new lab as “Green Optics, LLC” in an effort to serve their old customers with a better product.

Most importantly, the Green Brothers plan to “put the band back together” and re-hire many of their old employees and re-establish old business ties, as well as building relationships with new customers.  At least 40 new jobs will be created once Green Optics, LLC is up and running.

Their story is pretty amazing and we wanted to share it with the community.