WOW! What a Game 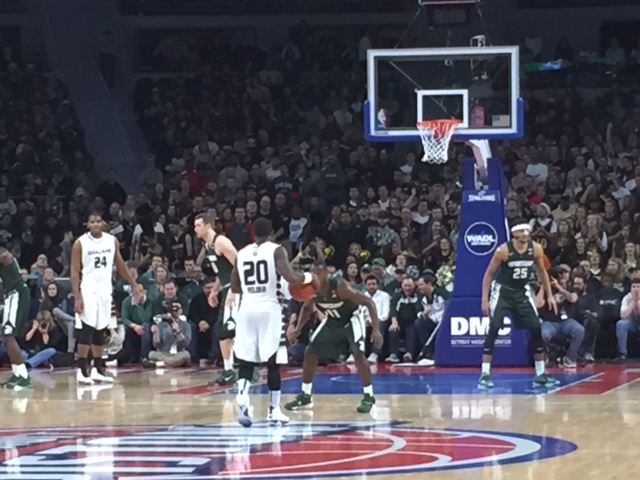 No post-game analysis here, just a whole lot of pride as our hometown team, the Oakland University Golden Grizzlies, took MSU into overtime last night with a couple clutch free throws from junior guard Kay Felder in the final seconds. My MSU friends told me I would be watching a match-up that would leave OU hoping the game would end sooner than later. NOT SO FAST! Hey, when MSU is playing anyone else but OU, I have to admit that I’m an MSU fan. Let’s not forget that before it was OU, the campus was MSU/Oakland. But as the City Manager of OU’s hometown, I’m a Golden Grizzlies fan through and through when OU is on the court. While the Golden Grizzlies players may be talking today about their loss, the rest of us are talking about an incredible game that elevated their team to a whole new level this season. So to the OU basketball team I say this: Auburn Hills is proud of your team, the caliber of play, and the amazing effort and spirit you put forth last night at The Palace of Auburn Hills. No shame in that loss. You guys are incredible! Congratulations Coach Kampe and the entire OU basketball team.  GO GOLDEN GRIZZLIES!!!