On Thursday, March 8th, the Clinton River Coldwater Conservation Project (CRCCP) will be celebrating its 15th anniversary of river stewardship.  For those not familiar with the CRCCP, it all began in 2003 when a partnership formed between the four chapters of Trout Unlimited (TU) (Challenge Chapter, Clinton Valley Chapter, Paul H. Young Chapter, and Vanguard Chapter), the Michigan Department of Natural Resources Fisheries Division (MDNR), Oakland County Planning (OCP), the Clinton River Watershed Council (CRWC), and the City of Auburn Hills.  Their purpose was to assess the potential of the Clinton River, and a few of its major tributaries, to support a viable urban fishery and become a designated trout stream.  The program developed was called the Clinton River Coldwater Conservation Project (CRCCP).

The first project undertaken by the group included three components and involved more than 50 volunteers.  The volunteers were trained on how to properly assess the conditions of a river by measuring its width and depth and assessing the river’s bank every 100 feet.   At first you might think this would be no big deal until you find out that the volunteers had to assess over 12 miles of the Clinton River – from I-75 in Auburn Hills to the Yates Cider Mill in Rochester Hills, and four miles of the Galloway Creek from the Galloway Lake Dam to where it outlets to the Clinton River.  The volunteers also collected temperature data from the river to see how warm it gets during the summer and collected macroinvertebrates to help assess the rivers health.

The data collected from the first major project was encouraging and once it was analyzed by the DNR it was determined that the Clinton River and its tributaries could support an urban fishery.  As a result of all the hard from the many volunteers 15 long years ago, the project continued each year thereafter.  The City of Auburn Hills, TU and MDNR began improving instream habitat; MDNR conducted fish surveys; volunteers began clearing log jams; fishing accesses points were installed, streambanks were stabilized; failing dams were removed; and the MDNR continued stocking the river with Brown Trout and on occasion released some of their broodstock at Riverside Park in Auburn Hills.  But most excitng of all – the project continues to grow as more people begin to realize the true value of the Clinton River as a recreation resource worthy of protecting and enhancing. 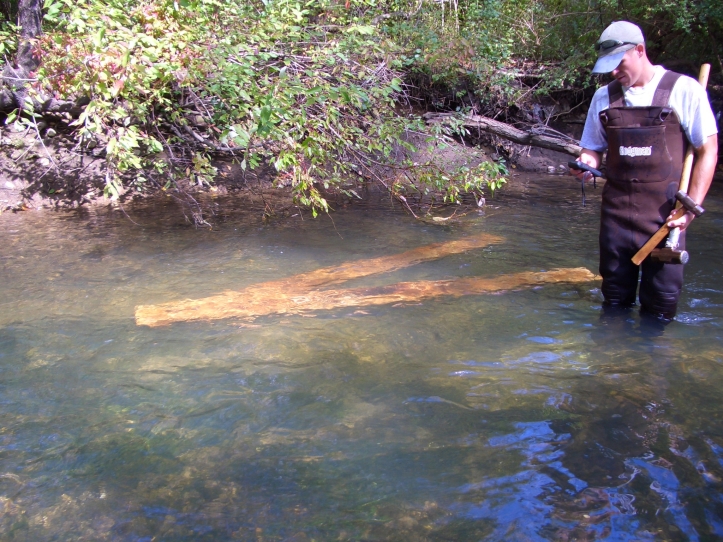 If you’re interested learning more about past accomplishments or the volunteer opportunities planned for this year, come join the celebration at Rochester Mills Brewery on March 8th from 6:00 p.m. to 9:00 p.m.  Tickets to the celebration are $15.00 and includes dinner and one drink ticket.  Space is limited.

To register please visit www.crwc.org/river-rallly-upcoming-events/ or call the CRWC at 248-601-0606.